With all the birthday excitements over, it was time for us to depart for the next stage of our holiday. We were off to see friends in a Narrawallee.

We took advantage of Justine taking the girls into the office (they are on holiday from school) to cadge a lift down the hill to the fast bus to the City with our bags. We were off to Narrawallee (please consult your maps!), somewhat south of the Sydney, to see our friends Aileen and Mick Darragh, who we met on the big train journey last year. 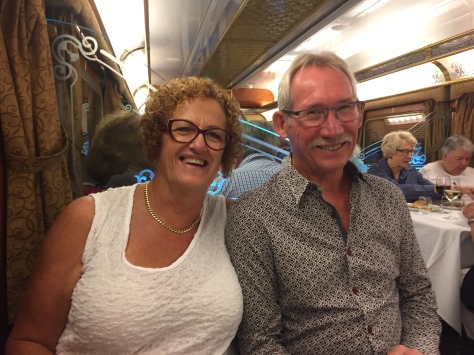 Our route to them was quite circuitous. It was a slow train both literally and metaphorically. Initially our route took us through the suburbs of Sydney, then we passed through a lot of small settlements, stopping at most. Some names, like Otford, were familiar. The landscape eventually became wooded and then we were running parallel with the sea. Our route took us through the hewn rock of cuttings and I was once again reminded of these pioneers who literally carved their way through the country. 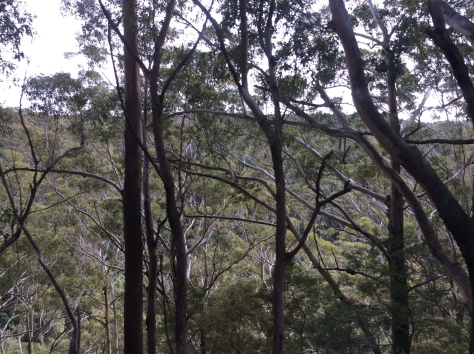 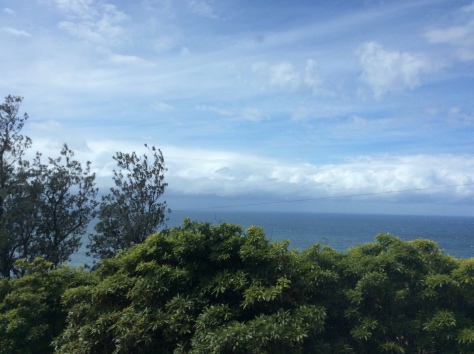 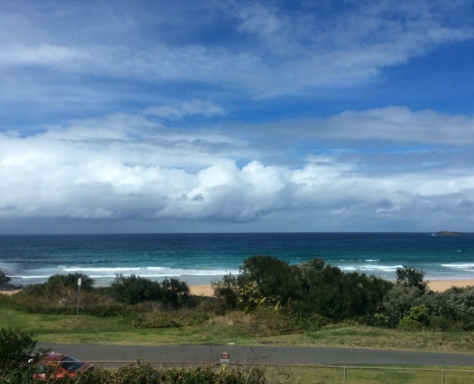 We got the train to Kiama and where our chums picked us up. To get further than this was even more complicated……. In the event we had lunch there. The fears that we all later admitted to in terms of meeting up were immediately dispelled – we had only met for a few days on the train, would we still get on? We need not have worried. We started chatting immediately and did not stop in waking hours until we left them on the following Friday.

After lunch it took another two and a half hours until we reached the Narrawallee environs. The local government area is called Shoalhaven and covers a small area on the south coast of New South Wales. It is a wonderful beach location with the added bonus of Rick Stein meeting a lady of the area (I think they are married now and he has a house there) and opening a restaurant in a local hotel. Bannisters in Mollymook has apparently brought a number of people to the area.

After a bit of touring to orientate us we arrived at Durragh towers, a delightful bungalow not far from the beach. It was by now late afternoon.

Mick is a real music buff. Keith’s subject. Aileen and I talk like Buddhist prayer wheels, spinning from one subject to the next, hardly drawing breath between topics. We talked through pre dinner drinks, dinner and post dinner. What fun,

One thought on “Monday, 24th September”