It was a lazier start. We were up to go for breakfast at 8.00 am. It was a nice sunny day. We were off to the country!

We set off out of town. The traffic was quite heavy. It is still a public holiday it seems.

However having headed out of town, we found the rural community busy with the timeless hum of life away from the hustle and bustle of the City. The broad thoroughfare lined with shops and works of all kinds, garages and hotels is behind us and now there are fields being worked by older ladies and wooded areas. We then came to a small community, tuk tuks, motorbikes and scooters ruled the traffic. Cars seemed in the minority.

We were dropped off at the entrance to the market. The whole place was humming. First stop was a stall selling some thing that looked like a small potato but turned out to be a very sweet fruit with a black pip. Next came a similar coloured round fruit similar to a lychee.

We tasted and we stared and wandered for an hour, occasionally jostled by scooters mixing with the pedestrians.

Many stalls sold fish from the lake nearby – all were being gutted and de scaled by very skilled hands wielding huge cleavers with amazing dexterity. I could not help but feel that I would lose at least three fingers in the first five minutes if I attempted these activities. Sometimes one feels very inadequate and in awe of other people……! 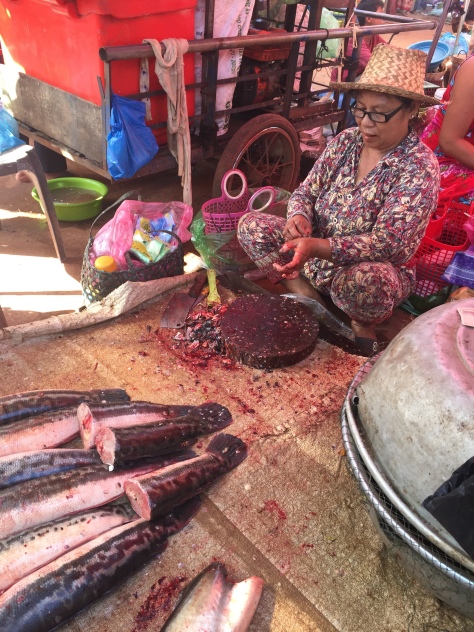 It was a true kaleidoscope of colour and delight……

There were live crabs from the rice fields – apparently you have to put your hands in their holes to pull them out…….. 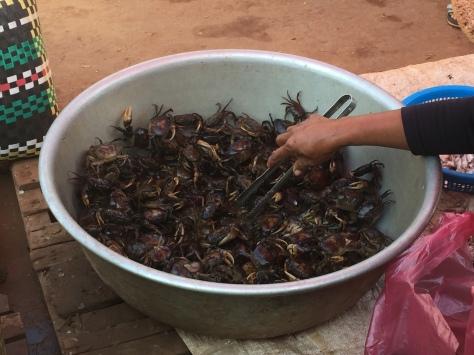 They were sold live!

Morning glory and water hyacinths – all used in cooking! 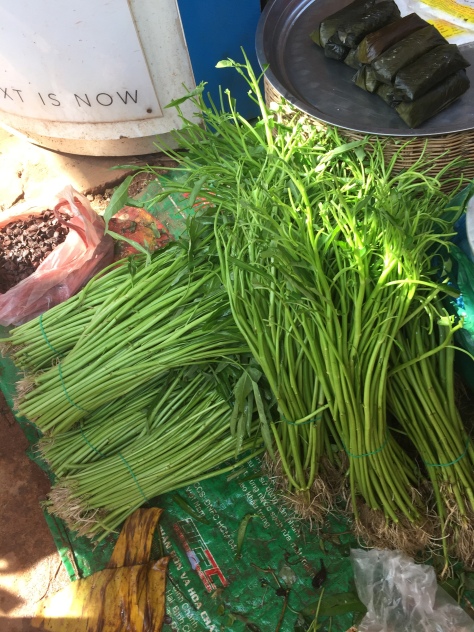 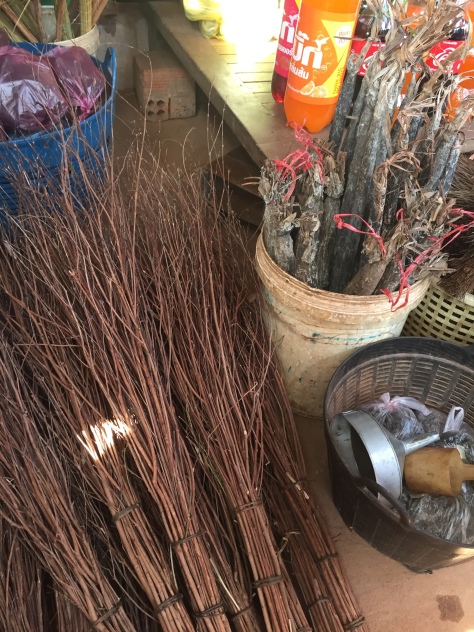 And betel nuts to make your teeth red! 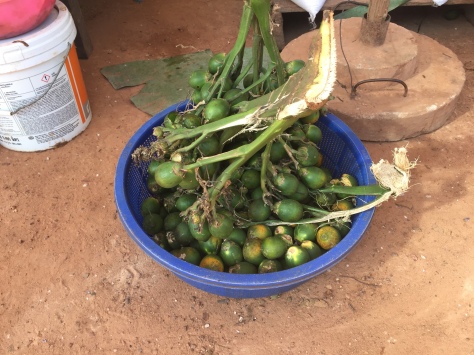 Sadly in the end we had to leave, but what rich pickings!

Just around the corner en route to the bus – a petrol station!

We were then off to the water. We were heading for Tonle Sap Lake. As we neared the area, canals appeared either side of the road. Here men fished in very shallow muddy water. As we watched, their nets frequently came up empty…….

At this point I am going to pause as it is lights out! Tomorrow we are off to a ‘homestay’ with few facilities. I am not sure when Wi-fi will be available, but I will return to this extraordinary outing……..