What a difference a day can make!  Sunday dawned dull and breezy.  Nevertheless we set off for a walk around the Narrabeen Lagoon. We were all dressed against the weather except the optimistic Mr Wightman…….

We clamboured into the car, Coco with her electric scooter and Mickey with umbrella and parked the car by the side of the water. We then set out to circumnavigate the Lagoon.

Although it started out dry, we got caught in several heavy showers.  The worst sent us under a bridge until it passed.  It was not until afterwards that we realised we had been sitting on a giant ant nest.

The shower having past, the flora and fauna were very evident – giant spiders suspended by their webs over the pathway above our heads ……. 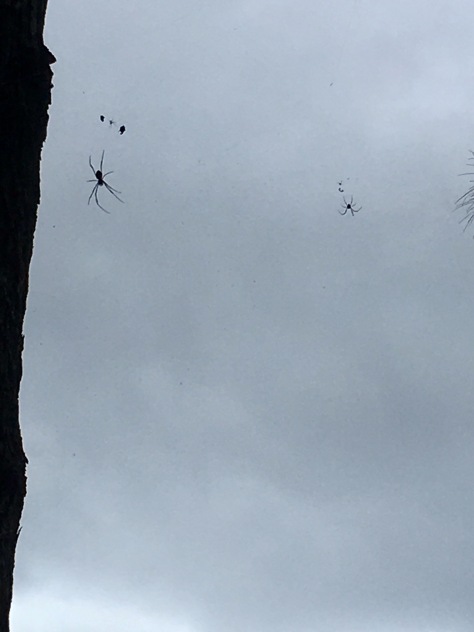 A rather damp pelican perched on a lamp post, and ducks rather worryingly walking away from the water……..
There were large stones on the lake edge ……

Coco scooted along and we walked – happy to be out. 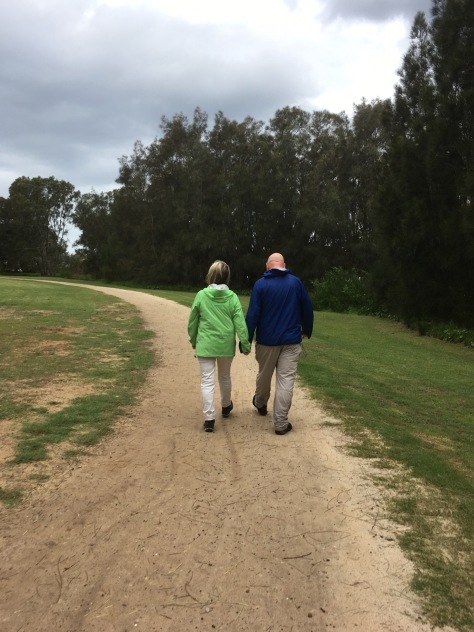 After a coffee stop to warm us up we walked the final kilometre back to the car and headed home, hopeful that we could get back later in the day for a barbecue on the waters edge.

It was not to be.  The day refused to clear, so we had excellent steaks cooked on the barbecue on the balcony and watched a classic Australian film called The Castle.

One thought on “Sunday, 2nd April”