Yesterday prisons. Today shipwrecks.  Although not raining, the day was quite fresh so we decided another indoor activity was required and set out to find the Shipwreck Museum down near the harbour.  En route, Keith took advantage of a coffee at the Ghetto Blaster Cafe – literally a hole in the wall on the Pakenham Road. Here we got into conversation with a lady wearing stunning glasses who came from London and had worked for the BBC in Tunbridge Wells….. amazing!  To add to her attraction was her incredible glasses……. the name of the opticians was duly noted!
The Museum was great. We spent a long time looking at the relics from the Dutch East India Company ship Batavia (model below – I cannot imagine why anyone would take off for the other side of the world in such a small boat…..) 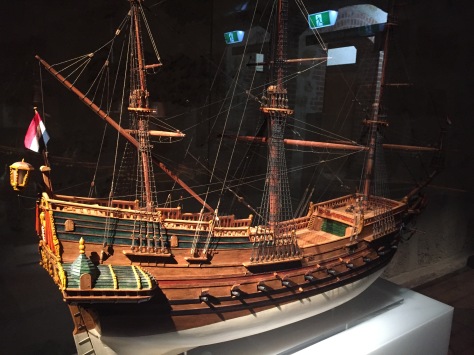 The wreck of the Batavia together with its chests of silver, ceramics, bricks and cannon ware were found in the 1950’s but it was not until a major excavation was undertaken in 1972 that the extent of the treasure was retrieved from the sea.   At that time a full stone portico was found amongst the artefacts recovered. 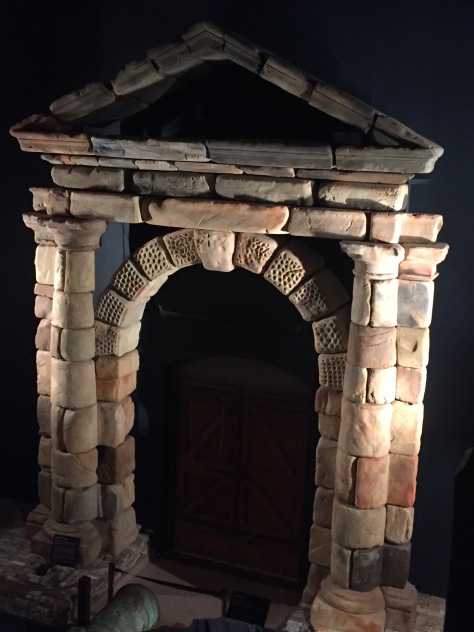 ??!?
The retrieved timbers of the ship have been preserved and now form part of the exhibition. 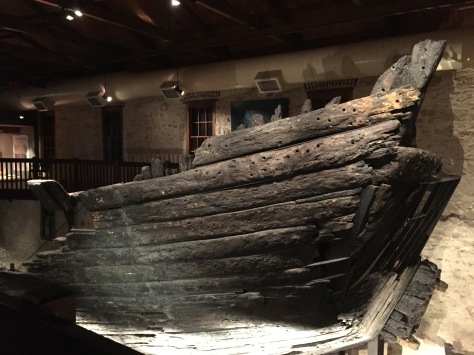 There were a number of shipwrecks described in the Museum and the artefacts found were very well displayed in the exhibition, including a steam engine built at the time of the Crimean War, still in working order having spent years under the sea…….
A number of things struck me about the whole shipwrecked business
– that this sailing malarkey was not for the faint hearts
– taking the wrong turn in the Roaring Forties was a bit worse than a ‘whoops moment’
– that chaps whipped up and down from Europe to the Antipodes with amazing regularity (some arrived, returned to Europe and were back within 2 years!)
– the Dutch were well ahead of the English in this business!!
Having left the shipwrecks behind, we found an amazing exhibition of the entries for the Australian Wildlife Photography Exhibition tucked away in a side room.  What a treat. The most incredibly photographs….
What rich pickings the morning had provided.
We had ate lunch at a very interesting restaurant called Bread in Commn.  A great place with really interesting food…….